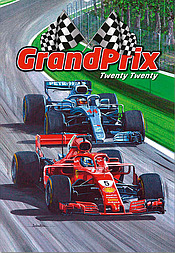 Formula-1 Wall Calendar Grand Prix 2020
A Second of Fright
Back to: Aviation Art 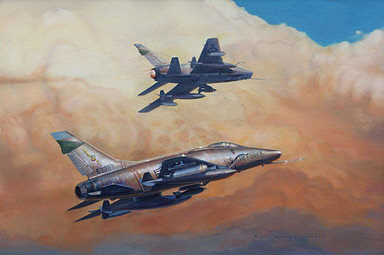 The aviation art print '481st Huns in the Sun' by Darby Perrin shows two F-100 of 481st Tactical Fighter Squadron. They arrived at Tan Son Nhut Airbase on 21 June, 1965 with eighteen airplanes and began flying combat missions on that first day in South Vietnam. The squadron averaged over 30 sorties a days and by 6 September 1965, the 481st TFS 'Crusaders' had completed 2,000 hours of combat flying. During the six month combat tour, the 'Crusader’s' F-100s received many hits but only six airplanes were shot down. Both of the aircraft shown here were lost, but both pilots ejected safely.