Aviation Art Calendar 2023 Reach for the Sky
The Last of the TitansThe Making of a Champion
Back to: Automobile Art 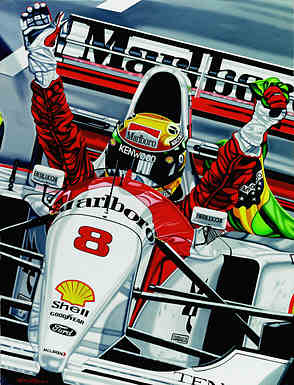 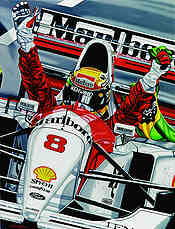 The Last Victory © Colin Carter
Description
This Formula-1 motorsport art print by Colin Carter depicts Ayrton Senna after his final race for the McLaren team at the GP of Australia 1993, which was typical of the true character and team spirit of one of the greatest racing drivers of all time. The McLaren was not the best car during a season dominated by Prost and Williams and yet Senna's incredible talent saw him take victories in Brazil, Donington Park, Monaco and Japan, culminating in his last F1 Victory in the final race of the season, in Australia.